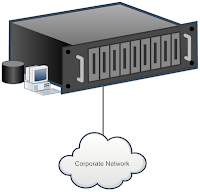 All nova-component in one host , and the instance network is same as corporate network.

Two major parts , one host include most of services with a nova-compute cluster 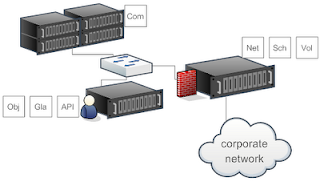 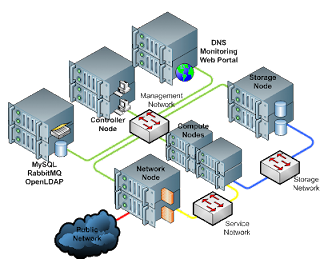 This Topology has a problem , once nova-network dead , All trafic will lost. But it's interesting , I guess instance will be fine while nova-network restart.
I want to figure out a method of instance's gateway....
If we add a way to use router instead of nova-network host as gateway, it will be better .
But instance can not get metadata from api-server which is another problem.
OpenStack